Artistic project of Abraham Gómez, we proudly present “Bless my way”, a new series of photographs taken by Abraham Gómez Vázquez (Ichinton, Chamula, 1977). Based on his dual practice as a photographer-artist and vehicle sales consultant (at the Nissan agency in San Cristóbal de Las Casas, Chiapas), this exhibition explores one facet of the growing interaction between the indigenous Mayan world, of which Abraham and his Clients are part, and the globalized market of which they are also part.

Abraham Gómez began his creative activity in drawing, turned to literature and, without leaving behind any of the sensibilities crystallized by them, he has dedicated himself to photography since 2012.He has studied at the Gymnasium of Art (San Cristóbal de Las Casas ) and in the Image Center (San Agustín, Oaxaca and Mexico City). Gómez’s work has been part of exhibitions in Chiapas, Mexico, Spain, Germany, and the United States. His work was included as part of the book, Unveiling and Detonating: Photography in Mexico ca. 2015. his work is characterized by a high conceptual content, always related to his position as a Chamula man with a current hybrid experience. While challenging traditional beliefs, he assiduously fulfills the community responsibilities of his hometown.

He travels daily between Chamula and San Cristóbal for his work, along with his wife, Margarita Martínez (a PhD and linguist professor from Huixtán) with whom he shares a creatively traditionalist aesthetic. Gómez’s style is defined by medium-distance shots, frequently of highly performative acts (as occurs in his series of challenges to superstitions), of thoughtful discipline, both in technical and conceptual aspects. “At the beginning of the project, I used the cell phone camera, photographing the moment of handing over their vehicle to a client. Later it was with a professional camera and finally a small one,” says Gómez, explaining that he uses both the Canon T3I and the Canon G9. . In this series, Gómez imposes on himself a strictly respected “grammatical” structure: cars and trucks in the center of the composition with people around.

These groupings of clients form poetic “phrases” of very diverse expression. The intense interaction between photographer and subject (s) that is palpably felt, is due to the accessibility of expression, gesture and emotion of Gómez’s clients, buyers for different reasons and circumstances – always inserted in their family stories – who advance by your own efforts. Not only are they proud of this, they are also modest, humble, and that is why Gómez’s selection of the title “Bless my way” as a motto-name common to vehicles in the Mayan communities of Chiapas.

The syncretism between languages ​​and value systems fascinates the photographer-artist. In the language and culture that Abraham shares with his client friends, ancestral knowledge is woven – the meaning of the position of ch’ul me’tik (the moon) at the time of completing a transaction – community behaviors (including avoiding the envy) and universalized capitalism now. Stories of enormous variety are vital; AGV boldly travels media to create an experience based on photography but with a recovered narrative regarding the photo. Possibly, only an artist from the same culture could express and communicate the respect, humor, and shock captured in these photos and multimedia project. “Bless my way” is a participatory and socializing project, based on respect and pleasure. Gómez inserts himself into the work – as he has done in the past – by assuming the place of the subject / object of the camera. (Saúl Kak took the AGV videos, and also edited the introductory video to this exhibition).

Breaking with timidity, Gómez reveals his personal trajectory, and ends up recounting in his own voice, which characterizes his own person, the narratives that are part of this complex artistic project. Not only this; Abraham created additional elements of the exhibition to open space for the active presence of the subjects. First, in the original photographic shot, when Gómez presents his photos to clients; and now by delivering the enlarged image (printed by Isaac Guzmán at the MUY Gallery), framed with their participation. Gómez contacted each subject with frame options for his photo, the same exercise that gives the rhythmic variety of the photos framed in the exhibition hall and, in effect, socializes the aesthetics of the entire project. It is a project of clear authorship and of many.

The participation of the photographer with the subjects is complemented with the general advice and authorship of a text by Margarita Martínez; the short film by Saul Kak and printing by Isaac Guzmán; of the technical creativity of Josué Gómez and operational creativity of Rufino Sántiz; and the curatorship of John Burstein, shared with the aforementioned people. The most enlightening participation now is that of the people who, by observing, reflecting on, and sharing their record of the exhibition “Bless my way”, contribute radiant textures and meanings. In selecting this title, the artist recommends a humanistic reading of portraits dominated by large, brilliantly new vehicles, finely dominated by people, with complex, hard, successful, humbly hopeful lives, with high Mayan culture. 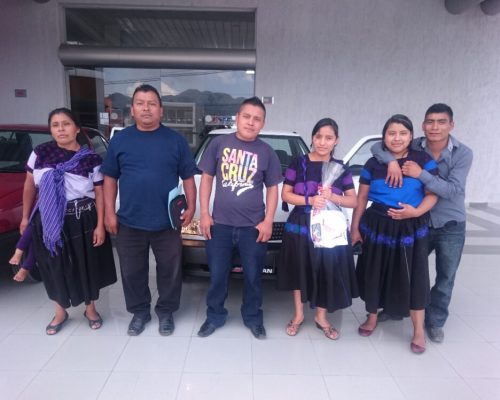 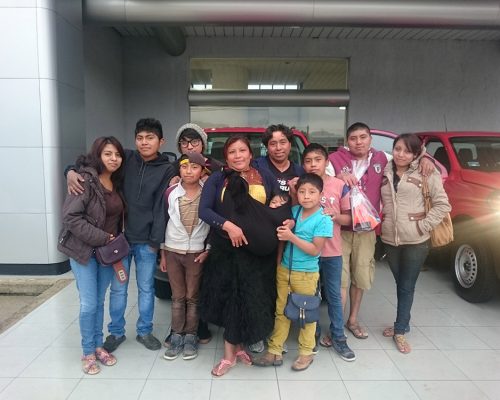 “Widow and her children ”

“Man and his children ” 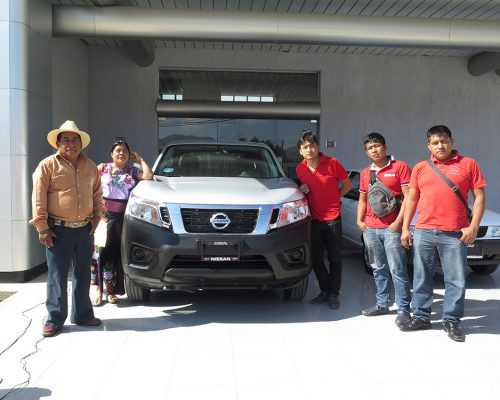 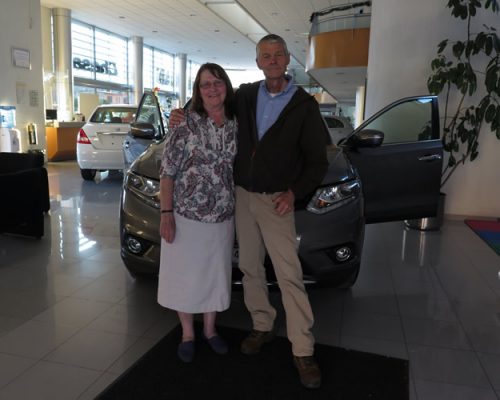 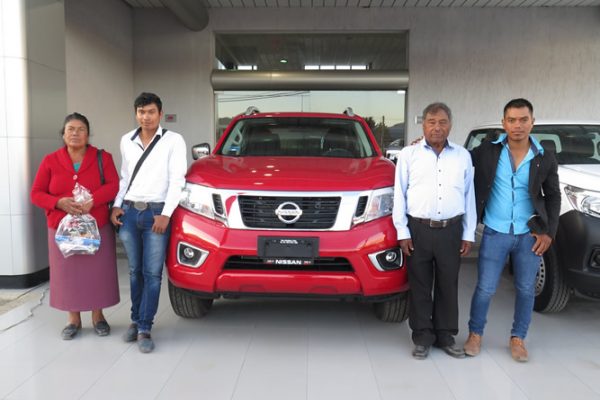