Mayan and Zoque artists in the week of art/Zonamaco 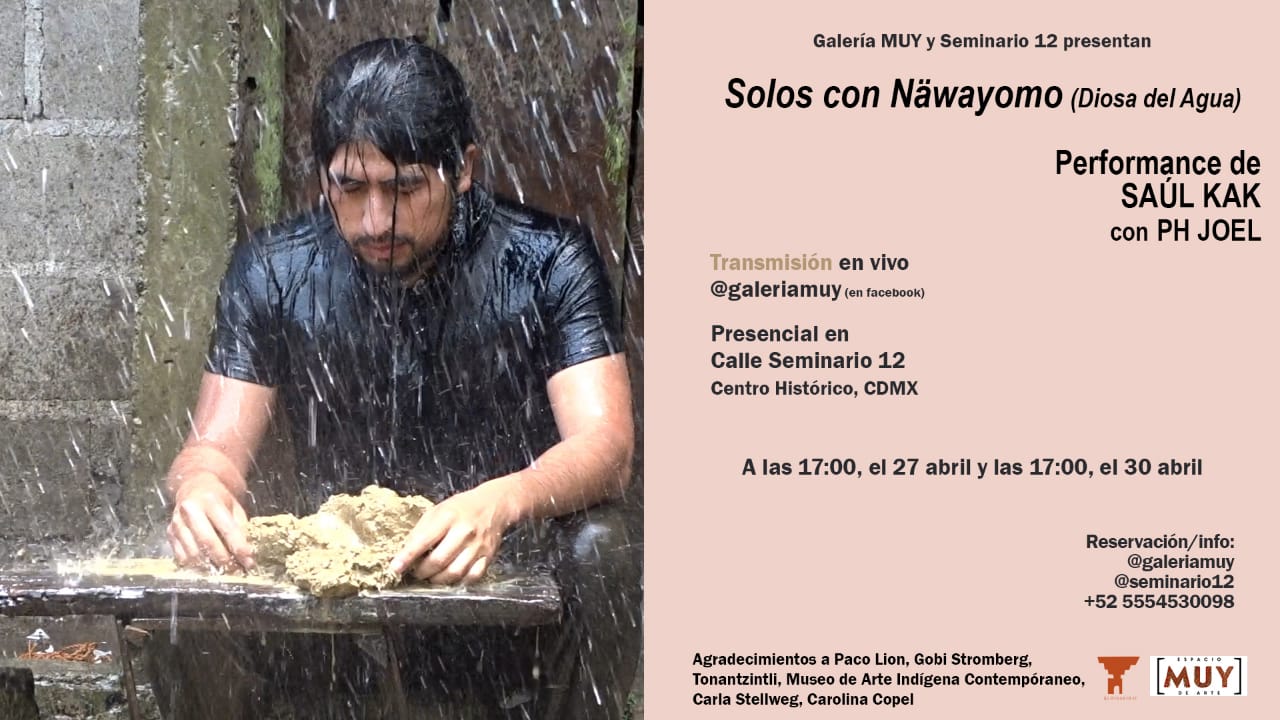 The Galería MUY and the OMR present “The photography of Maruch Sántiz: art and healing”, in recognition of this photographer who has taken great risks, achieving an inspiring artistic corpus, while Sántiz shows an ethical disposition towards her creative production, which may interest participants in this Zonamaco Art Week, 2021.

Sántiz – known in the Mexican and foreign photography world as “Maruch” – started in art in 1993 as an actress and writer in a Mayan culture project in Chiapas, she became an early pillar in the pioneering project Photographic Archive of Chiapas (promoted by Carlota Duarte), and continued in an independent search for aesthetic and social expression. With the impulse to show his photographic art at the OMR, since 1996, and to receive the support of FONCA, Maruch has achieved inter and national recognition. Maruch’s work was highlighted at the Cervantino Festival (2015, curated by Ingrid Suckaer) and at the Book Fair in Bolivia (2019, curated by Suckaer and Jorge Reynoso). And it is represented in important national collections and in the Reina Sofia Art Center in Spain and the Cartier Foundation in France.

Maruch Sántiz asserts himself as a self-taught artist, his adventure with the camera having a long history. The struggle to consolidate her artistic project took place as a woman in societies – both in Chamula and ladino Chiapas – closed or uncomfortable with the artistic career of women. As an indigenous person, with unaltered use of the tsek (woolen nagua, woven by the wearer or by other companions) and all the traditional clothing, bilingual since his preferred use of the tsotsil, he became highly individualized in the art world. As a creator, and as a single mother of two (fantastic) son and daughter, and now as a practitioner of the Christian religion, she also individualized herself in the context of Chamula. A defining challenge in his practice has been taking photos with great caution when it comes to portraiture of people.

He never left his town, even though he maintains a house in San Cristóbal. Now with the pandemic, he lives with his extended family in Las Piedracitas, practices traditional agriculture, maintains his house in a traditional way. Fight with fragile health. And she is open to experimenting with new themes and media as well (such as textile art).

She is best known for her large series of Beliefs (represented in the selection of photographs in this exhibition). It is a work of poet-ethnographer. Starting from adages where superstition is a vehicle for philosophical reflection, Maruch uses emblematic images. The care of the photographer is all-present: elegant composition, direct lighting, precise focus. Discreet joke is very tsotsil.

He chooses to incorporate the text into his final work – in Tzotzil and with his own translations. The tension between writing-image plays with a constructed illustrative harmony, to enter us into a virtuous circle whose meanings and pleasure give and give.

His more mature work ethic informs and moves us. With a work methodology of assiduous research, mainly using sources from previous generations and in corners of Chiapas, sometimes far from Chamula, where he traveled to collect information, Maruch builds image-information files.

We present in this small exhibition a selection of two series: on medicinal plants and on feeding with the care of girls and boys. The interest is passionate: Maruch delights in discovering new uses for herbs, for example. The documentary and pedagogical motivation of medicinal plants is patent. And in food we find the biocultural ethical mission of the artist, when she communicates her affliction for the poor diet of capitalism brutally introduced in her people, and at the same time the dignity and joy of food that is said to be “natural” in our societies and “ traditional” in hers.

Mysterious and disturbing, though not exotic, Saúl Kak’s performance is an in situ staging of the guided and spontaneous acts of local participants in their Zoque territory. Along with artist PH Joel, they sculpt symbols from a raw experience: dozens of families who were forced to abandon their homes and lands due to the devastation of Hurricane Eta (2020). They were left alone due to government inaction, prompting solidarity from neighboring villages. Weaving the new-rite (new rhythm), the testimonies, the children’s drawings and the sound art in a 10-minute text-urbanization with few words, Kak/Joel transfigure the resignation/emotional indignation of the people, in a search, even in mythical time, of a proper kinship between the Zoque people with the land.

“Only through the elders is information about how they dressed and their daily lives found. Without the elders there would be no stories”. 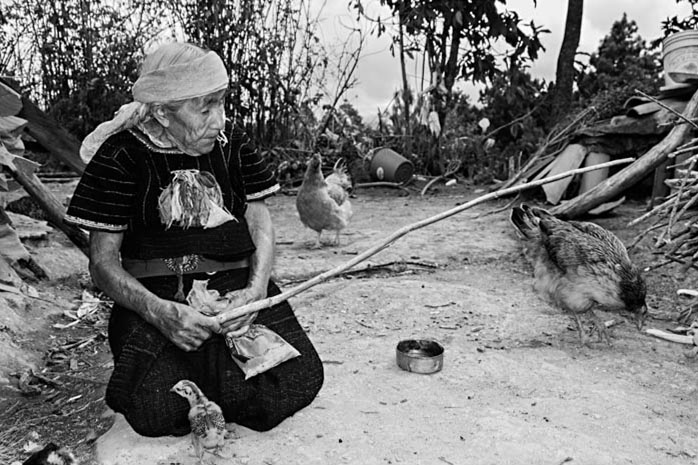 “The hair that came out when combing was gathered, because the day the owner dies he will take it away”.

“If a couple wants their child to be a boy, they get the head of a wild plant called a boy-girl. The leaf of the plant is very similar, the difference is the head, if the head has two parts, it is so that it is a boy”. 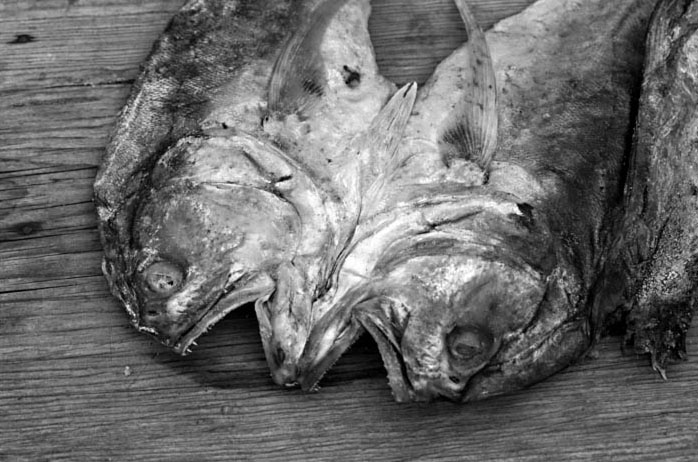 “In times past, on the day of sowing the corn, the food should be fish, they say that so that the roots of the milpa come strong and that they do not fall when the wind blows”.

“A baby from newborn to three months cannot be hugged standing up. One knows if the head fell off because the poop turns green. So to heal they put the baby upside down at the door and with a gourd they tell him three times the water goes up. This is how they healed”. 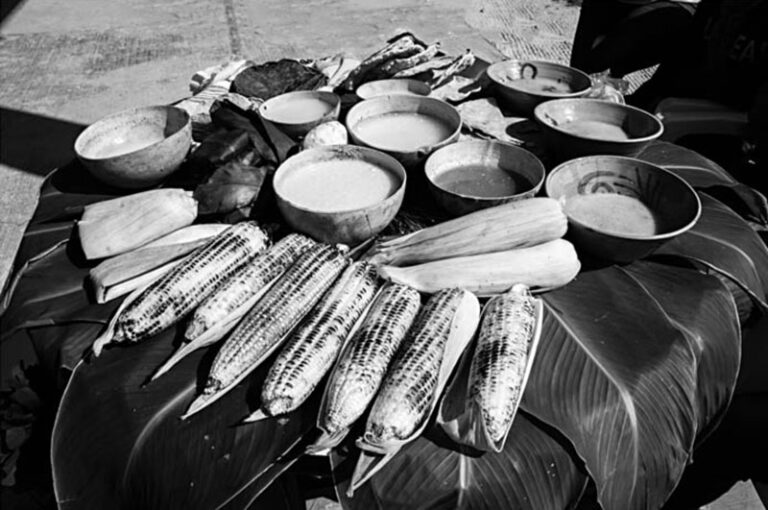 “If someone in your dream is serving a lot of food, it is going to give you a stomach bulge and pain.”.

“Liquidambar is used to control pain and remove pus from pimples. The leaves are cut, heated over a fire, applied to the grain. They say that it doesn’t take long for the pus to burst and it heals later”. 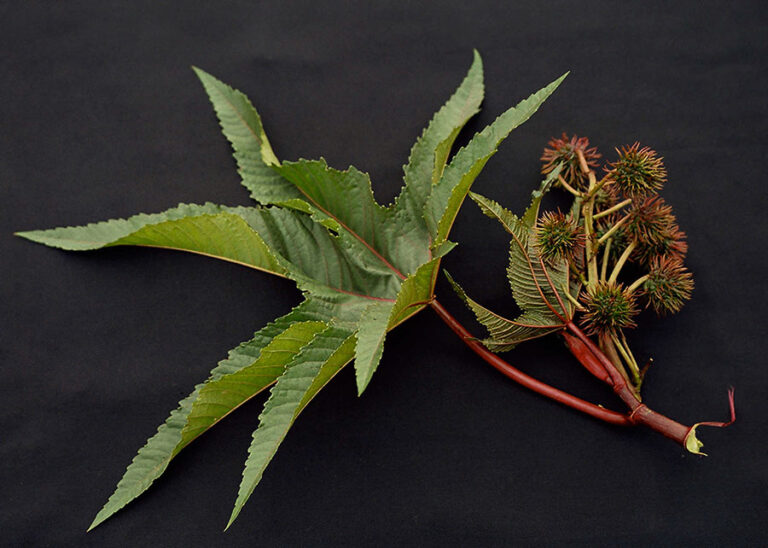 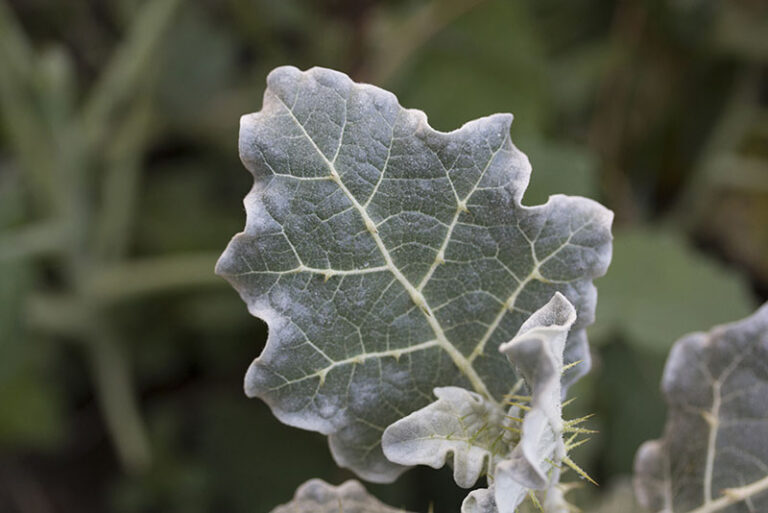 “White soda cures stomach pain, gastritis. Cook 2 leaves in a liter of water. The flower cures mouth ulcers, it is cooked in a room of water, and when it is cold, it is washed in the mouth.”.

“The armadillo shell is used against whooping cough. Cut 3 or 4 pieces of the shell and cook it, some prepare it differently, first they brown the pieces, then they grind and cook for 10 minutes in a cup of water. It is only taken once in the morning, because it is especially useful to get rid of whooping cough.”. 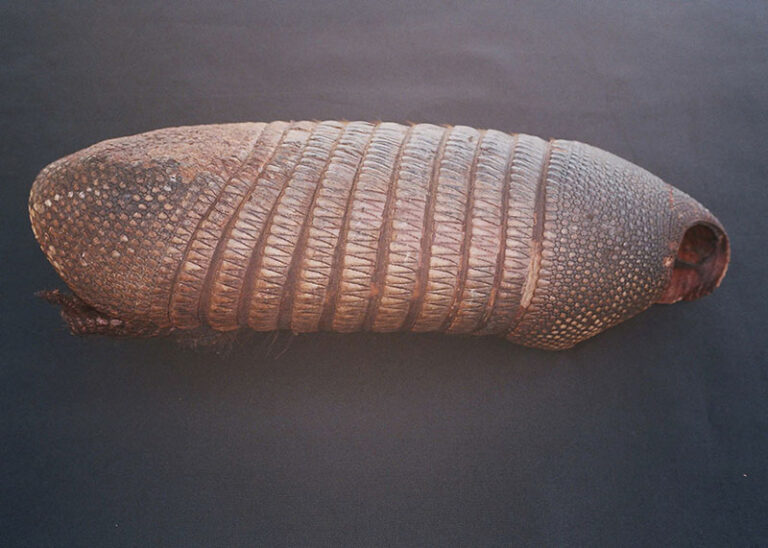 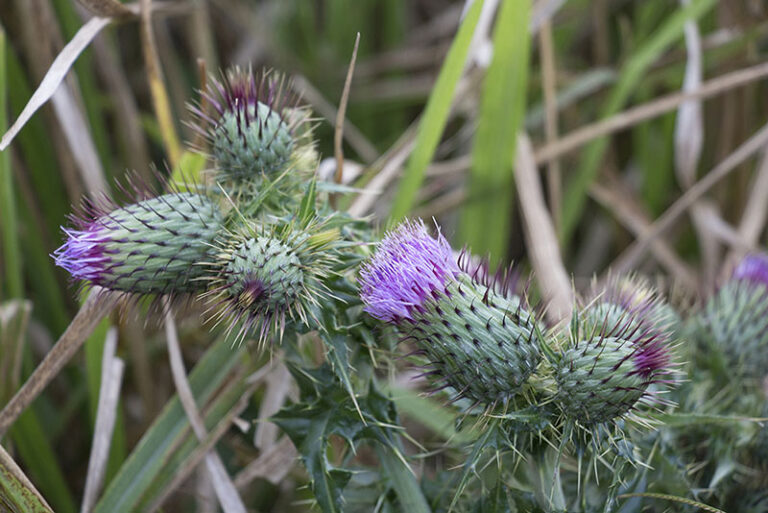 “The thistle flower is used to deflate and cleanse the liver, cut 2 or 3 flowers with 1 liter of water, boil for 5 minutes, drink a cup in the morning, one at noon and one in the afternoon. Treatment is for a week”.

“When we don’t have food at home I can’t miss chili, I eat chili with tortillas and salt and coffee, that’s my daily meal”. 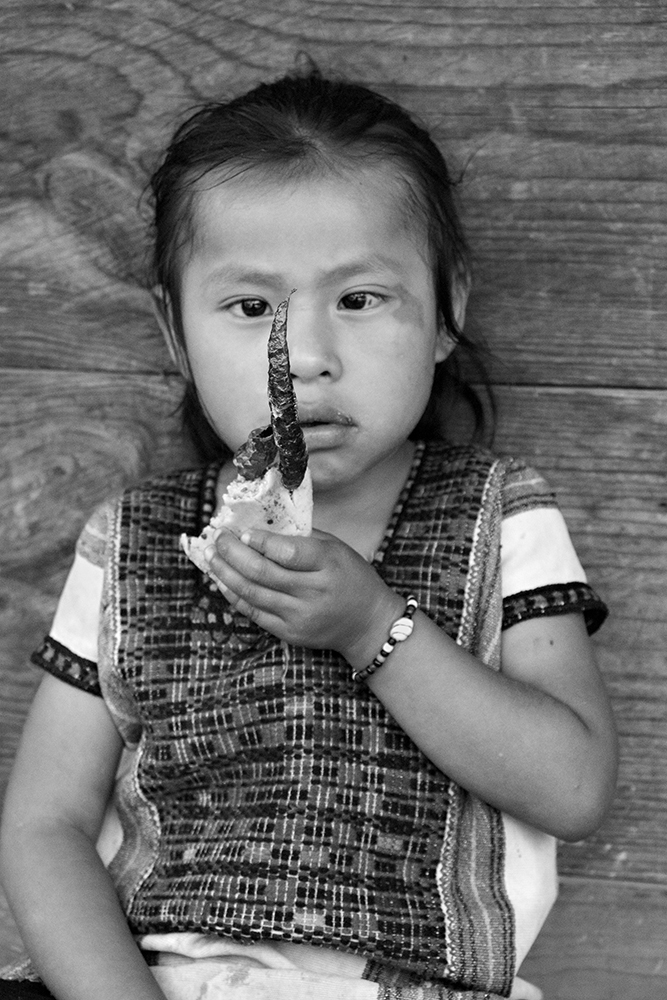 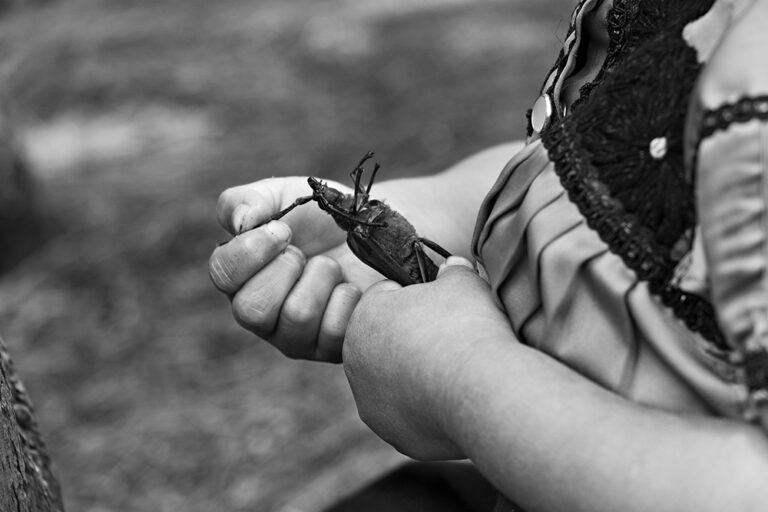 “Since childhood, children are taught to eat beetles, so that they become familiar with them and not be afraid of them. There are varieties and most do not eat just one”.

“Many of the neighbors are surprised that the cuatecitos are breastfeeding, because society is very used to giving artificial milk, this mother has decided not to give canned milk”.

“For us, vegetable soup is a great meal, we hardly eat beef because of the economic situation of my parents”. 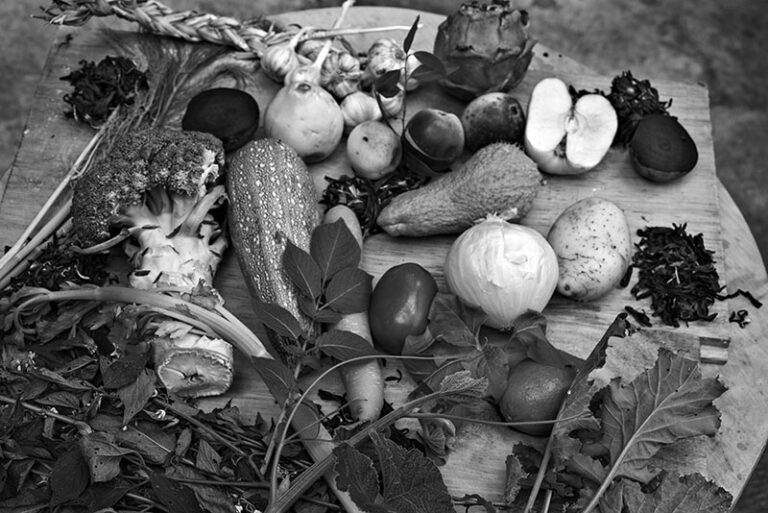 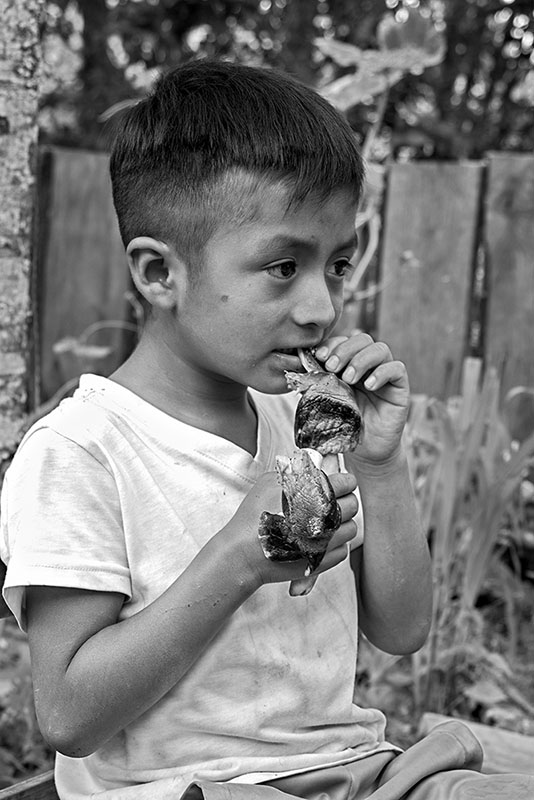 “This month of June is the season of (the fungus) Yuyo that occurs in the oak forests”.